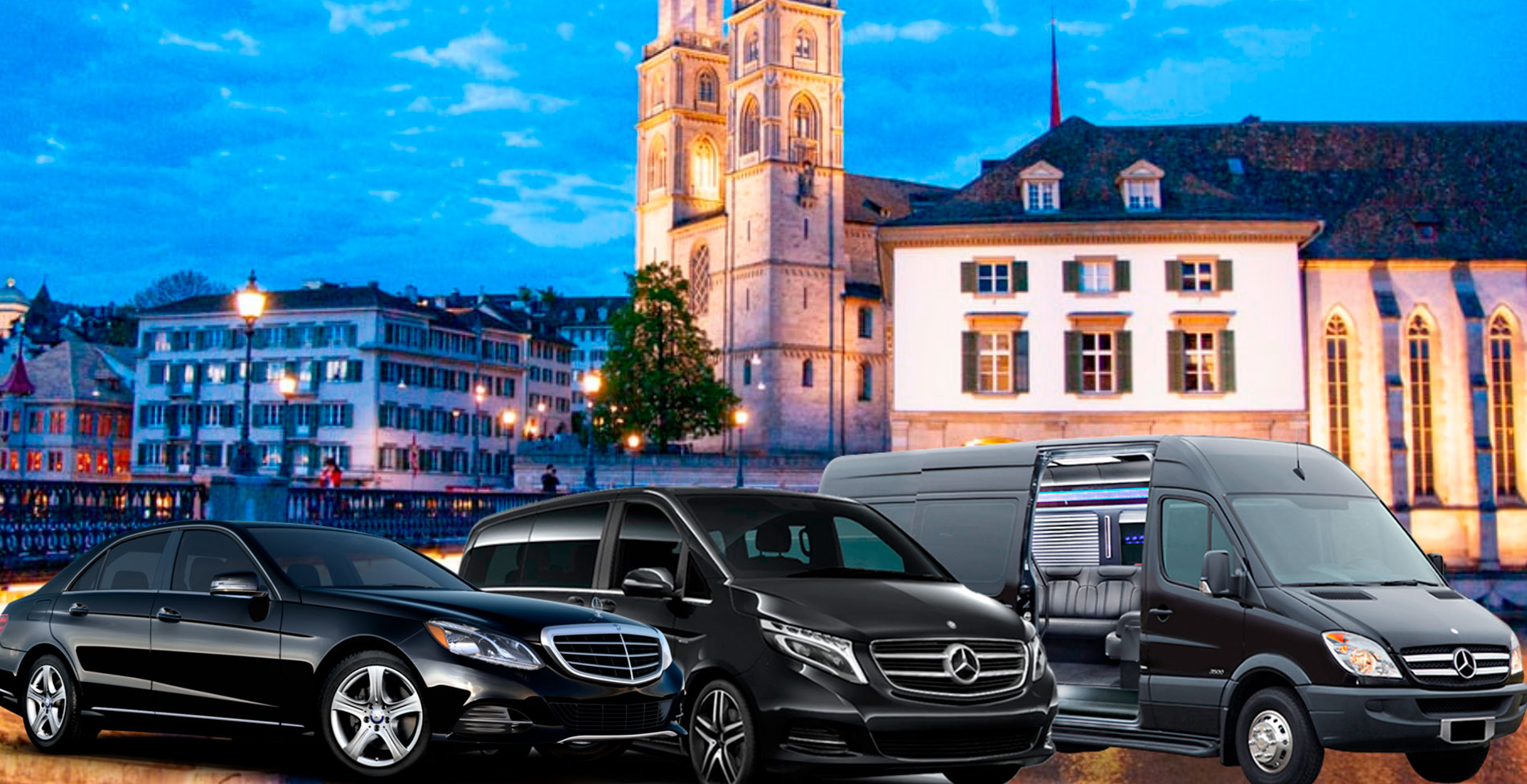 The metropolitan area in Switzerland, Zurich, serves as the nation’s financial hub and is the location of the Swiss Stock Exchange.

You can discover a decent hotel close to Zurich International that should suit your demands for a Zurich Airport Shuttle accommodation in Zurich, regardless of your preferences or budget.

Both tourists and people travelling for business frequently visit Zurich. If you really need to catch a flight out of ZRH or arrive there, Switzerland Car Service can provide dependable transportation.

The Kloten airport in Zurich is 10 kilometers north of the city’s core. It is Switzerland’s biggest international airport as well as served more than 26.43 million passengers in 2015. The proximity of the airport makes getting there and back easy, and there are a number of options available.

A variety of easy parking alternatives, including ground transportation possibilities, are available to passengers at Zurich Airport. Those arriving at ZRH by car can use the following address to find instructions to Zurich Airport: Airport of Zurich (ZRH), Kloten, Switzerland, 8058

Whether you’re coming from the on-site Radisson Blu Hotel Airport Terminals or perhaps the Park Inn throughout the street, enjoy the benefits of hotel shuttles by getting a room close by.

By taking a private ride, you may maximize your day even more. Among the finest airports all over the world is Zurich International Airport. Several important awards, including the World Traveler & Business Traveler Awards, have been given to this outstanding Swiss airport.

This airport has a number of amenities, such as passenger check-in areas, a train station, a bus terminal, as well as a tram terminal. The Zurich International Airport is well known for being a shopping destination.

You can get to central Zurich in approximately thirty to forty minutes by taking the direct, non-stop shuttle bus service that runs between the airport as well as the city center. This minibus costs 25 francs and runs at least once every hour. Online ticket sales are available.

For the trip to the airport, you should inquire at the hotel desk since almost all employ the Zurich Airport Shuttle bus service.

Although the bus’s departure site is not inside the airport’s structure, the driver would meet you there at the arrival level.

How to travel to Zurich from Zurich Airport

You can pick from a variety of ZRH transfers considering your spending limit, destination, and travel requirements. The most economical option for travelling to a city hotel and perhaps a ski resort is to take a shared Zurich Airport Shuttle.

Public transportation, such as trains and buses, is the finest practical and economical choice for travelers heading to the city. You can call a taxi, make arrangements for private car services, or rent a car if you’re looking for a more practical and adaptable option.

Discover the Zurich Airport transfer service best suits your needs as you continue reading for more information on each mode of transportation.

The primary forms of public transportation currently operate here between the airport & the city center include the streetcar & the train. In both instances, the single-trip ticket price 7.05 francs, whereas the one-day ticket is 12.78 francs.

Tickets are available online, at Switzerland info counters, SBB machines in the arrivals halls, or both. There is additionally the Zurich Card, which allows unrestricted use of every public transit.

Old Town Zurich, including Fraumünster Church is a must-see tourist attraction. Shared van transportation is a terrific option for ground transportation if you’re travelling alone or in a group.

The shortest route to the city’s core is the train. Simply follow the directions down the escalators, and you’ll eventually arrive at the station because the railway line runs underneath the airport building.

For approximately five to ten minutes, from five in the morning to midnight, trains run between Zurich Airport and the main station. The two separate S-Bahn lines, S2 & S16, as well as a number of regional / intercity trains, run frequently. It will get you to downtown Zurich in only ten to fifteen minutes.

You may spend the entire day shopping at the famous Bahnhofstrasse retail strip. To contact the exclusive SUV drivers, just dial 1 number.

Taxi and or Private Transfer Services

At ZRH, airport cabs are always accessible. These might be in the Arrival One and Two inner curbside lanes. We strongly advise using the authorized “Airport Taxi” taxicabs. However, most taxis charge a flat rate of CHF 6 + CHF 3.80 per kilometre.

Many of them might offer a fixed-priced trip. Taxis from ZRH to the city centre can be had for as little as CHF 50, whereas they may cost as much as CHF 70 during rush hour or at night. Additionally, if you reserve an Airport Taxi through the app for your return trip, you will save 50%.

You can reserve a private airport vehicle service for convenience. GLM International & Alliance Limousines are two authorized transfer firms that may be found in Terminal 1’s Arrivals Hall at Zurich Airport.

Visit them online to learn more about their offerings and vehicles, plus feel free to get in touch with them if you have any questions about prices. The starting price for a private vehicle for a maximum of three people is CHF 59.

Zurich tram line 10 runs between the airport and thus the city’s central station, passing close to Zurich University as well as other frequently visited locations. To reach the main terminal, requires about 30-35 minutes.

You can reserve expert limousine services for airport transfers and take a luxurious and refined ride toward the Zurich Opera House (Zuricher Opernhaus).

It is another option for a cheap Zurich Airport transfer towards the city centre, although the trip takes about 35 minutes. Between some of the airports and the city is Line 10. We advise you to get a CHF 13.60 24-hour pass. However, you may also obtain a ticket from the machines inside the airport terminals.

Trams leave right outside the ZRH Arrivals Hall every eight and fifteen minutes. It should be noted that SBB ticket machines can be found at Arrival 1 and 2, near Check-in 3, where you can buy tickets for any public transportation service.

While renting a car from ZRH is straightforward and typically quick, we advise making a reservation in advance to save money. You may then compare costs and choose the one offering the best deals online.

The renting firms at Zurich Airport are housed in the Car Rental Center, located on the first floor of central Airport Shopping. Major vehicle rental companies like Avis, Enterprise, Budget, Europcar, National, Dollar, Thrifty, Hertz, and Sixt are available at the Center.

A private, door-to-door shuttle from Zurich Airport to your lodging in the city is another option for getting to Zurich. For a hassle-free encounter, you can also pre-book a ride from Airport Zurich to practically anywhere town in Switzerland that you’d like to visit.

You may pre-book any private transfer and pay on arrival using Zurich Airport’s list of the most common transfer routes.

You can think about hiring a bus in advance if you are travelling in a big group and will be arriving at the airport. Numerous bus rental businesses in the area provide buses.

Other Airport shuttle services in Zurich

Where should I meet the driver of the Zurich Airport shuttle?

For those looking for a compromise between pricey private transfers & crammed public buses, shuttle transfers are ideal. You may get affordable costs, and dependable and timely service from Zurich Airport shuttle services.

You have a number of reliable alternatives to take into account when staying at a Zurich hotel or winter sports facility. It included a list of the Zurich Airport shuttle bus companies, their prices, as well as other pertinent details. You aren’t required to waste hours looking for a cab, and you can receive cheap or even free shuttle service to and from ZRH when you use hotel shuttles.

It is the best option for those who would like to spend the winter skiing in one of Arlberg’s resorts. The company provides private transport to and from the Zurich Airport for solo travelers and groups.

Five bus lines are available during the winter and one throughout the summer as part of a direct shuttle bus service connecting Zurich Airport to Arlberg.

It offers immediate shuttle service to numerous locations in the city including close to the airport that is always operated by CHECK-IN.. If you’re going to an airport hotel with a companion, the cost will be about CHF 10 per person.

You must spend CHF 25 for each person to get to the city’s centre. Passengers are picked up by the SWISS Express Shuttle somewhere at the Bus Zone at the inner curb of something like the Arrival at Terminal 2. If you can’t locate them, seek their customer support counter in Terminal 1’s check-in area.

To book a premium chauffeur service in Zurich, call us at +41788362708 or email us at contact@switzerland-carservice.com.

a.      How do I commute from the airport in Zurich to the city center?

By S-Bahn or Train – Between the hours of 5 a.m. and midnight, trains run daily, connecting Zurich Airport & Zurich Main Station for approximately five to ten minutes. Additionally, guests may get to Zurich Main Station, and therefore the city center, in just ten min via the S-Bahn lines S2 through S16 as well as a number of regional trains.

b.      How much does the airport rail to Zurich cost?

c.       Can I exchange cash for paying for my transfer somewhere at the airport?

While there are numerous, open-round-the-clock exchange offices, including ATMs at the airport, it might be preferable to exchange your money beforehand and seem to have sufficient cash on hand because the exchange rate there will be significantly higher.

d.      What is the cab fare from the Zurich Airport to the city center?

Regular taxi fares from the Zurich airport range from 40 to 60 euros for a 15-minute trip under uncongested conditions. The cost of a single tram ticket from the airport to the city is 5.60€, as well as the journey takes 35 minutes on average. Last, a single ten to fifteen-minute rail travel to Zurich HB station costs 6.00€.

In Zurich, the public conveyance is entirely cheap when purchased with a Swiss Travel Pass & a few other railway passes. As an option, in contrast, you can get a Zurich Card, which entitles you to unlimited use of the city’s public transportation.

Whatsapp
Email Us
Call Us